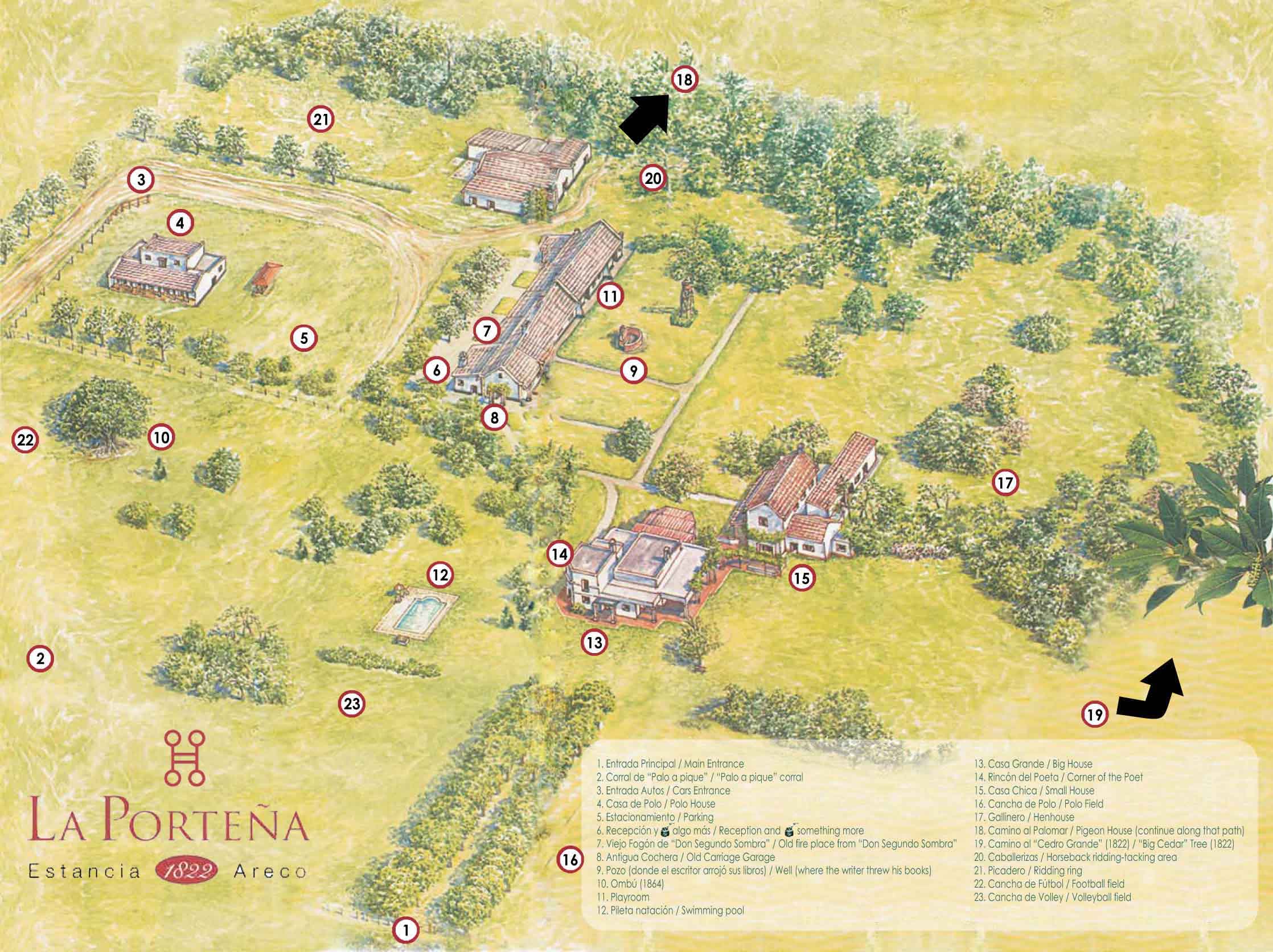 The name “La Porteña” was chosen in 1857 in honour of the locomotive that covered the distance from Plaza Lavalle to Floresta in Buenos Aires City. “La Porteña” was given its name by Don Manuel J. Guerrico, its owner since 1822. He was one of the main supporters of the first railway that was built in Argentina.

In 1876 Don Manuel J. Guerrico died and the Estancia was inherited by his daughter, Mercedes, who was married to Mr. José Antonio Güiraldes. Years went by and their eldest son, Don Manuel José del Sagrado Corazón Güiraldes, inherited the love for the “Pago de Areco”, the Estancia “La Porteña” and the traditions of Argentine countryside. He married Mrs Dolores Goñi and had two children: Manuel José and Ricardo Güiraldes.

La Porteña was declared National Historic Monument for its unique Argentine Creole style with thick walls made of adobe. In 1969 the place was chosen for the making of the film version of “Don Segundo Sombra”.

Distinguished and prestigious personalities from the world of art and culture spent pleasant seasons in “La Porteña”: Jorge Luis Borges, Carlos Gardel, Victoria Ocampo, Count Keyserling, Rabindranath Tagore, Garry Kimovich Kasparov and Pedro Figari among others, enjoyed the hospitality extended to them by the Güiraldes Family.